Without doubt, there is a raw quality to the British music scene that delivers an honest, clever sound needed in a world of auto tuned sugar pop music. So to give you a little teaser: from rap to edm to soul, these are the top 10 British music acts that you probably haven’t heard… so start listening.

In an extremely diverse blend of garage rock, rap and electronic, Professor Green owns every song he puts out. His confident lyrics and original rapping style, paired with his sensational guest vocalists, ensure that any song you listen to is going to be worth your time.

Let’s face it, everyone needs a little pop in their life. This girl band has been ridiculously popular in the UK for years and years, but never quite managed to break the US like the spice girls. Regardless, their pop vocals and dance tracks will bring a smile to your face and put a spin to your hips.

Recommended Song: If This Is Love

This duo of young men stole the hip hop scene and continue to live on the top of my iTunes. Funny, clever and quick rappers, their music is a charming pop spin on classic hip hop.

Recommended song: When I Was a Youngster

If you need a bit of straight up rap in your life, throw everyone else away and take up Tinie. His eclectic blend of backing music (edm, hip hop and serious drum) blends with his cutting edge rap style and hundreds of songs of experience. One thing is for sure- you deserve at least one TT song in your repitoire.

Leading the edm style music scene, Example is a one man act meshing his own singing style with a sick electronic beat. He has albums and albums under his wing, and has perfected the electronic genre.

Matt Healy leads this band in a resurgence of the gritty greasy pop punk style that made the 80s so incredible. The 1975 blends sex, drugs and rock into both their lyrics and full band set.

If rap is more your style then I promise that Wretch will beat out your Wiz and Drake. He frequently collabs with other rap artists, but shines on his own.

Winning the UK X factor introduced the music scene to another singer whose hand written lyrics and mix of rapping and singing open up a whole new genre. He blends long vocal runs with quick rap verses that both excites and confuses- in the best way.

Okay so maybe you’ve heard of Ed in passing, as he just went on a sold out tour with Taylor Swift. Arguably the best act to come out of England, Ed is a multi talented singer who both writes his own lyrics and acts as his own band. Introducing the once lost “loop pedal” he puts on an incredible,soulfully layered song using nothing but his voice and one guitar.

Recommended song: You Need Me, I Don’t Need You 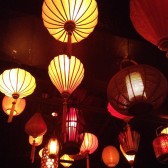