You probably know that Ithaca, NY is home to two fine institutions of higher learning: Cornell University and Ithaca College (but not Ithaca University, as the film Road Trip would have us all believe). It frequently makes the tops of lists such as “Best College Towns” (see also here), “Best Places to Retire,” and “Top LGBT Vacation Destinations.”

With a permanent year-round population of about 30,000 and a student population that doubles it, Ithaca has much more to offer than just a good education. Here are the top 10 most interesting facts about Ithaca, NY that you probably don’t already know.

Well known for its liberal political leanings, Tompkins County (of which Ithaca is the county seat) was the only county in New York State to vote for Barack Obama in the 2008 Democratic primary over NYS Senator Hillary Clinton. On election night in November, Obama won Tompkins County by a 41% margin.

Bonus: For a super special blast from the past, check out this video of election night at Ithaca College. Note the shrieking and sprinting female at 0:18; that was me.

9. Ithaca Has It’s Own Currency System

Ithaca is home to the country’s oldest and largest functioning local currency system. The Ithaca HOUR, equivalent to $10 or roughly one hour’s worth of labor, was established in 1991 and was designed with the mission of keeping money circulating within the local economy. HOURs are accepted everywhere from grocers to health care consultants to bed & breakfasts to hardware stores.

8. The Term “Cliffhanger” Started In Ithaca

The popular term “cliffhanger,” referring to a suspenseful plot technique designed to keep the audience wanting more, was named after a movie series filmed by brothers Theo and Leo Wharton in Ithaca. The series, The Exploits of Elaine, featured a female protagonist who’d be in some amount of grave danger at the end of the episode, compelling the audience to come back the following week to find out if and how she would escape. One episode ended by showing the protagonist literally hanging off the edge of a cliff, coining the popular phrase.

7. Nabokov’s Famous “Lolita” Was Written There

Called both the “best book ever written” and the “filthiest book ever written,” Vladimir Nabokov wrote his famous novel Lolita while living in Ithaca and teaching at Cornell from 1948-1959. To study speech patterns and phrases Lolita might use, Nabokov would travel around Ithaca on city buses and eavesdrop on girls going home from school, writing phrases he overheard in a little notebook. You know, like a creep.

6. And So Was Puff the Magic Dragon

The lyrics to beloved folk song “Puff, the Magic Dragon” were written by a physics major at Cornell named Leonard Lipton. Legend has it that Lipton was meeting a friend of his one evening for dinner, and he had been thinking about the poem “The Tale of Custard the Dragon.” When he got to his friend’s house, he wasn’t there, so while waiting he used his roommate’s typewriter to jot down the words to the poem that was in his head. Years later, Lipton found out that the roommate, Peter Yarrow of the folk group Peter, Paul, and Mary, was looking for Lipton so he could give him credit for the lyrics to the song he was writing and performing. Lipton still receives royalties from the song. 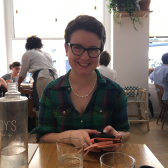