Interested in getting a Pharmacy degree in the US? Here are the top-ranked pharmacy schools, the reason why they are so great, and why some of them deserve to be on more Top 10 lists.

9. The University at Buffalo School of Pharmacy and Pharmaceutical Sciences

The University at Buffalo School of Pharmacy and Pharmaceutical Sciences a part of State University of New York at Buffalo (SUNY). If you are insisting on going to (or staying in) New York for pharmacy school, this is your only state school option, but it’s a great one too. In 2015, the school was ranked #17 among the top pharmacy schools in the nation by U.S. News & World Report, and now it’s made it here to our number ten spot.

8. The College of Pharmacy at Purdue University

The College of Pharmacy is one of the eight main colleges at Purdue University, first established in 1884. Classes occur in the Robert E. Heine Pharmacy Building, which is home to several research labs, the Purdue Pharmacy, and the Pharmacy, Nursing, and Health Sciences Library. Here, you can start with either of two undergraduate programs leading to a B.S. in Pharmaceutical Sciences (BSPS) or the Doctor of Pharmacy (Pharm.D.) professional degree. Then, take graduate programs leading to M.S. and Ph.D. degrees from one of these three departments; Medicinal Chemistry and Molecular Pharmacology, Pharmacy Practice, and Industrial and Physical Pharmacy. The College of Pharmacy is the 3rd oldest state-funded school of pharmacy in the United States. 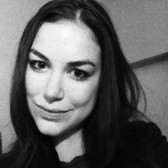