When you hear, “Oh, so-and-so celebrity graduated from that school,” does it make you want to enroll there? Does knowing that a famous person has graduated from a specific film school make you want to fork out a higher tuition just to walk in the footsteps of alumni such as Gregory Peck, Stone Phillips, and Farrah Fawcett? If they went there, it’s got be good, right?

Famous entertainment professionals and celebrities have studied at some of the most prestigious film and media schools in the country, but what’s in a name? We dug deeper and examined not only the celebrities who walked the halls but the grads who made it behind the scenes. We researched the faculty and the cutting-edge curriculum that helps shape the students of tomorrow.

These are our top ten findings for film schools:

10. Savannah College of Art and Design

Georgia has been steadily climbing the ranks in film production since the late 90s, and Savannah College of Art and Design continues to up the ante in offerings for students due to the growing demand. In addition to the original campus located on Savannah Historic District, it also has a sprawling 60, 000 square foot film, television and digital media hub located in Atlanta. The ATL facility offers motion capture, green screen capabilities, sound recording suites and screening venues, including SCADshow, which is a 13,300 square-foot theater complex located in Midtown featuring 375-seats.

Homework is rarely boring due to the wide variety of programs and internships. Recent jobs for interns include The Walking Dead, Ant Man and Godzilla: King of Monsters. This school might be on the smaller scale compared to some of the bigger film departments, but it definitely holds its own. Notable alumni include singer, India.Arie and Academy Award winner for Best Visual Effects, Mir Zafar Ali.

Everything is bigger in Texas, right? UT might be known for its strong football program, but Austin is also becoming quite the entertainment hub for filmmakers. The University of Texas offers an outstanding undergraduate program, which is consistently climbing the ranks as a leading contender for film programs in the U.S.A. Not only do the students have an opportunity to learn from Oscar-winning alums, such as Matthew McConaughey and famous cinematographers, such as alum, Nancy Schiesari, but the students have access to film festivals, internships on small and big-budget films, radio and television stations, and the opportunity to meet movers and shakers in a variety of media outlets. Recently Ellen DeGeneres popped onto campus unexpectedly and gave away tickets to the Grammys. It’s happening in Texas.

When you attend Stanford, you are encouraged to take either “Introduction to the Visual Arts: History of Western Art from the Renaissance to the Present or “Introduction to the Visual Arts: Pre-historic through Medieval,” if you really want to study film. The faculty at Stanford believe these and other theory-based courses are fundamental to help students achieve the proper exposure to film language, genre, and narrative studies. In addition to the extensive training in documentary production, graduates get the opportunity to hone essential research skills in film criticism and film analysis.

The Master’s Fine Arts degree helps prepare students for professional careers in the film industry and digital media. Even though it might be a smaller program at the University, Stanford has hailed plenty of student Academy Award winners. Famous alums that went on to work in TV and film include Reese Witherspoon and Rachel Maddow. 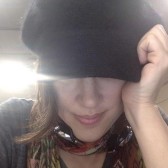